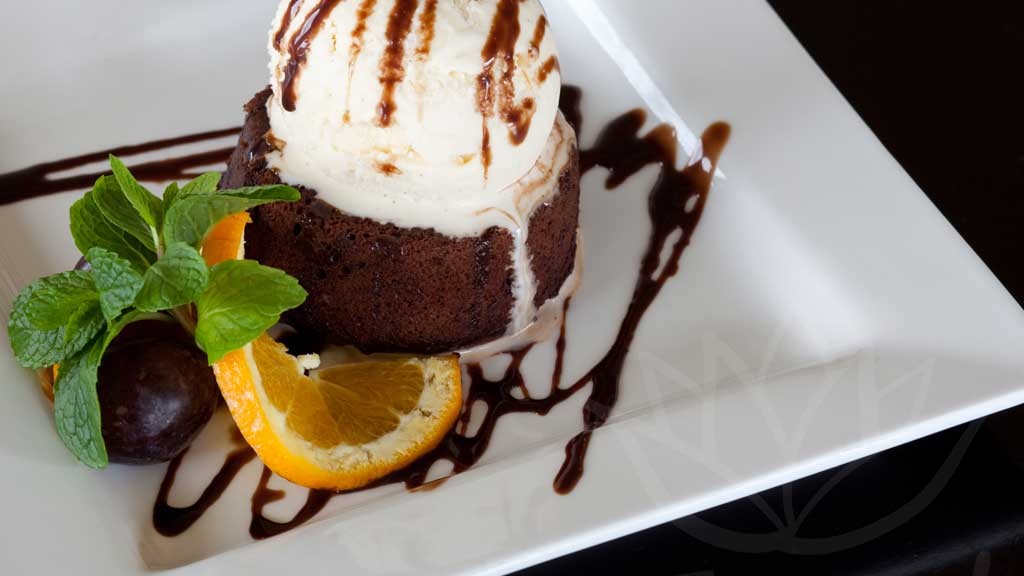 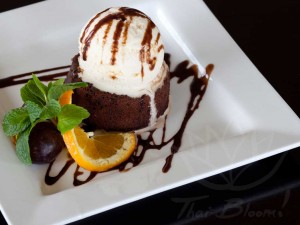 Chocolate cakes are great desserts to have and they often suffice in themselves. However, should you wish to add a little bit of edge to your dessert, especially if you are serving that for a special dinner, you might want to accompany the cake with other side desserts.

For instance, a chocolate cake can be accompanied by a portion of whipped cream. The light and airy cream would complement the cake. You might also consider serving some caramel sauce with the dessert. Chocolate sauce is also a good accompaniment.

In summer, a good accompaniment to the chocolate cake is undeniably the ice cream. There are various sorts of ice cream that you might go for. For instance, the gelato is a more traditional artisan ice cream. If you have gelato suppliers in your vicinity, you might consider ordering from them. Frozen yogurt can also be purchased from frozen yogurt suppliers.

Mascarpone is a rich Italian cream-cheese like dairy. It is excellent when eaten cold or with whipped cream alongside cakes. Crushed nuts or biscuit crumbs can also be added to mascarpone cream for an added crunchiness. The mascarpone is quite rich and is best served in small portions.

Cream cheese is more traditionally American and can be whipped either with caramel sauce or honey to be sweetened. This particular type of cheese has a quite tangy taste which accompanies the sweet taste of the chocolate cake perfectly. Cream cheese goes well with fruits such as berries and peaches.

Gelato Products specializes in ice-cream supplies for various occasions. Some of their products offerings include gelato spoons

The rich frosting, studded with coconut, and the deliciously moist cake. Is there anything better than German chocolate cake? To those who have not had this delicious piece of cake, it offers some interesting flavor you can’t get in a standard chocolate cake. Dark baking chocolate is often used, so the pecan coconut frosting helps to cut the bite of the dark cocoa.

Sometimes the cake is frosted only on the top, other times it receives a generous portion of chocolate frosting all around its edges. If this sounds uniquely American in sweetness, that’s because it is. The cake owes its namesake to the man who invented it, Sam German. At the time, he sold it as German’s Chocolate cake to try and brand it. The branding stuck, but perhaps not in the way he had intended.
German made the cake in 1852, and it appeared in the Dallas Star more than a century later as a “Recipe of the Day.” He worked with Baker’s brand chocolate, which manufactures baking chocolate, to make a special blend of dark chocolate that he used to make his cakes. He formed something of a partnership with Baker’s, and they named their German’s Sweet Chocolate after him to honor his contribution to dessert making.

Today, German chocolate cake is available in almost every bakery on any given street. It’s a popular recipe that inspired a national German Chocolate Cake Day, which occurs annually on June 11th. This June, order yourself a slice and indulge.

The chocolate cake, the quintessential birthday companion, did not exist during the early 1800s. Chocolate was consumed almost exclusively in beverage form until nearly 1840. There was a “chocolate cake” reference of course, but most cookbooks referred to white or yellow cakes that were eaten with a chocolate beverage.

The first printed recipe for a chocolate cake, meaning a cake made with cocoa powder, is most likely The Hostess of To-Day recipe in 1899. Calling for two squares of chocolate, it would appear a softer shade of brown. The flour used also made the cake fluffier, where current American palettes might prefer moist.

Chocolate cakes became a bit more common by the early 1900s. By 1920, chocolate cakes were commonplace, but chocolate’s primary use was still as part of a beverage or frosting. It was both Hershey and Betty Crocker who managed to popularize the cake thanks entirely to the “cake in the box’ mixture most household bakers still use today.

The rich and thick recipes that we know today are a fairly new occurrence. American tastes have always trended toward the sweeter, but the chocolate cake of today is a far cry from the early cakes of 1899. For one, both the sugar and cocoa quantities have been increased from those early days. One might call such cakes “death by chocolate” due to their richness. Not to be eaten without several glasses of either milk or water.

About the Author: Phin Upham is an investor at a family office/ hedgefund, where he focuses on special situation illiquid investing. Before this position, Phin Upham was working at Morgan Stanley in the Media & Technology group. You may contact Phin on his Phin Upham website or LinkedIn page.